I've spent lots of time in Bolivia and have a deep interest in the Andes and its folklore and people, so it's only right to share a little of my trove. 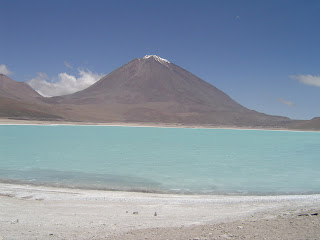 One of the many salt lakes on the Bolivian-Chilean border.  This lake makes an appearance of sorts in my story "Moon Blood and Salt Flowers." 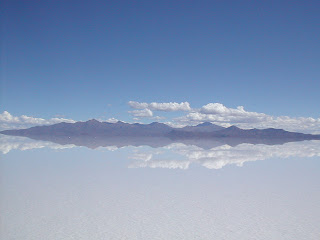 This is the Salar de Uyuni, a salt lake and one of the most amazing places to visit for sheer desolation.  The reflections in the lake make it appear like the mountain is floating in the sky. 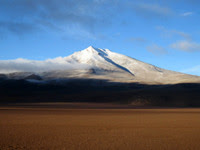 The Altiplano is both desolate at times . . . and majestic. 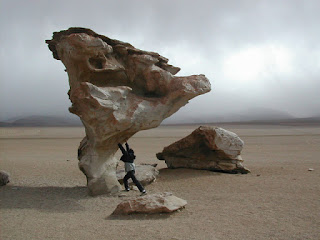 This formation always reminds me of a fossilized giant ostrich. 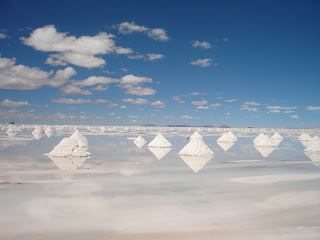 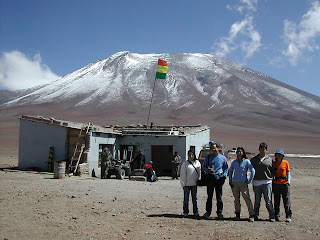 At the border between Bolivia and Chile. 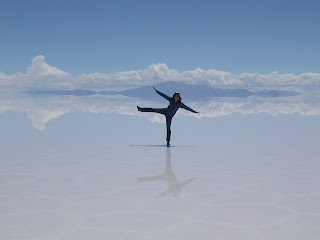 Another shot of the Salar de Uyuni. 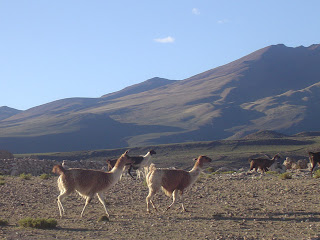 Yes, there be llamas. 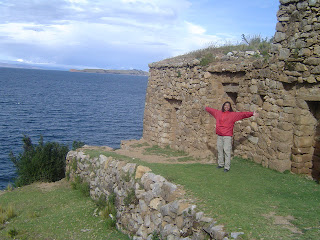 An Inca house on the shore of Lake Titicaca.

The lake is shared by Bolivia and Peru.  Bolivians like to say they have the Titi part of the lake while Peru has the Caca.  Peruvians say it's the reverse. 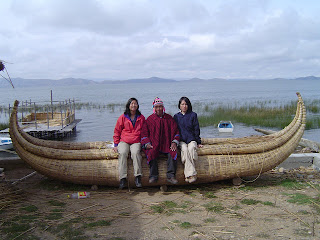 One of the reed boats still used by some of the people living on (literally on) Lake Titicaca. 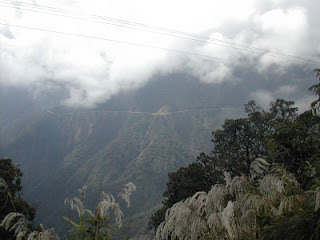 This road still gives me nightmares.  It runs from La Paz to Coroico.  Pretty much one lane and no guard rails.  Yeah, passing is a bitch. 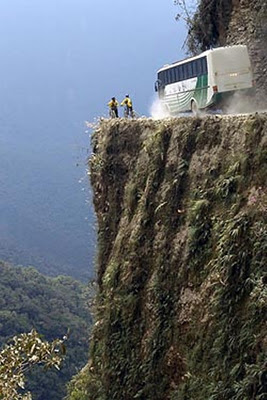 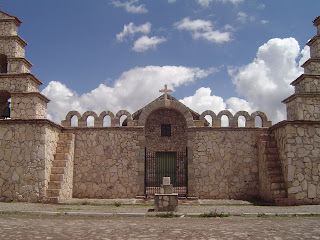 One of the many churches on the Altiplano. 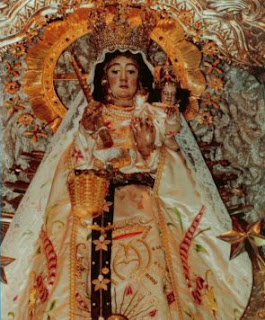 The Virgin of Copacabana, an island in Lake Titicaca.  She is dressed in the rich robes of an Inca princess and wears a wig of long natural hair.  The robes, extravagantly costly and changed often, are donated by surrounding native villages. 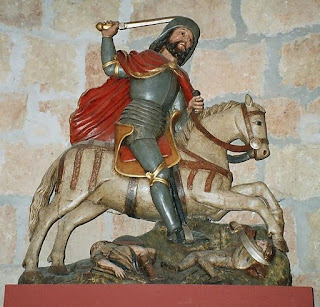 Saint James (Santiago) in an Altiplano church.  The saint rather resembles a conquistador, does he not?  Christianity in the region is an incomplete mix of Catholicism and native religion.  I poured chicha (corn liquor) to Pacha Mama (Mother Earth) more often than I attended church. 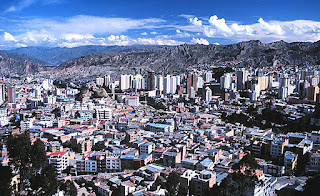 And just to show Bolivia isn't all scenery and native villages, this is the capital city of La Paz.  The airport is on the plateau above the city.

Interesting fact about the El Alto airport.  It's one of the world's highest commercial airports, at 13,325 feet above sea level.  Taking off in the thin mountain air requires a bit more runway for the plane to get sufficient lift.  My first time taking off from La Paz, I started wondering if we were going to be going to Lima by land, but eventually the plane did make it into the air. 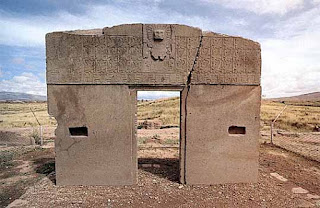 The Door of the Sun at the ruins of Tiawanaku (Tiahuanaco).  The Tiwanaku civilization was already in ruins by the time of the Incas.  The ruins, though, are fascinating.

Lastly, one of my favorite images.  Mount Illimani as seen from the Altiplano.  Mike the Conqueror wants to climb this mountain and every year he doesn't, I heave a sigh of relief. 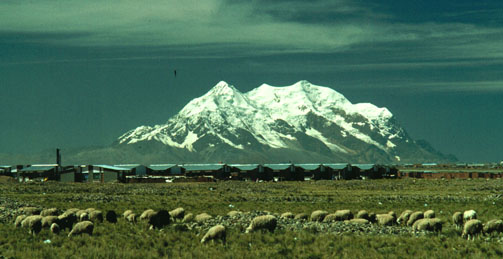