Half human and half Tah’Narian, Szin doesn’t fit with either race. His appearance is mainly human, but he’s able to have a young. Unfortunately, that’s his only Tah’Narian characteristic. He’s smaller and weaker than other young.

Szin’s eighteenth birthday has passed and time’s running out. He has to stop his childhood friend, Takeo, from making the worst mistake of his life: claiming Szin as a mate. Takeo deserves an equal who’s as fierce as he is, something Szin most certainly is not.

Since before Takeo was born, he’s known Szin was his. Nothing and no one, not even Szin, is going to stand in the way of claiming his mate. He understands Szin feels he isn’t good enough, and he’ll do anything to convince Szin otherwise. Including taking drastic measures to ensure his mate listens.

Takeo is the ultimate blend of human, Tah’Narian, and Onfrevian DNA. He’s pure predator, and his sights are set on his mate.

Takeo swatted Szin’s ass. “You don’t give the orders here.”

“How’s this, then? Either get me on my feet, or I’m liable to throw up all down the back of you. Not kidding here.”

A rumbling, ominous noise sounded, one Takeo wasn’t sure a body was supposed to make. That got his attention. Without hesitation he set Szin back on his feet. Szin turned green, and Takeo quickly grabbed Szin’s wrist and rubbed a spot on it.

“Yeah, much. Neat little trick. I really thought I was going to spew.”

Takeo frowned. Szin was trembling and pale. A simple stun shouldn’t have done that, nor should have what he injected Szin with. “What did you eat last?”

“Um, I think….” Szin rubbed his forehead. “Icing off the birthday cake right before I went to bed.”

Takeo wanted to shake Szin. “Do you mean to tell me that after two big slices—with loads of that homemade ice cream your dad made—you were eating icing straight? No wonder you feel nauseated.”

Szin glared at Takeo. “Yeah, it couldn’t have anything to do with being stunned, then injected with something to knock me out, right? No possible connection there.”

a Rafflecopter giveaway
Posted by Tali Spencer at 12:00 AM 1 comment: 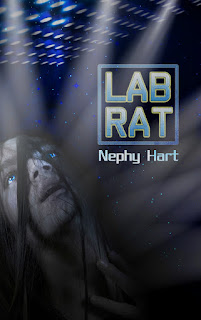 At thirteen, Gabriel was subjected to experimentation designed to awaken latent psychic abilities.
He’s been locked in a downward spiral of self-destruction ever since.
Then one night he meets Laurie, who is the antithesis of everything Gabriel’s become: cheerful, optimistic, and comfortable in his own skin.

Laurie pursues Gabriel. But Gabriel no longer believes in love. With a dark past and a history of disastrous relationships, he’s promised himself ‘no more’. Laurie, however, won’t let go, no matter how many obstacles Gabriel places in his way.

When Gabriel starts hearing voices in his head, he realizes they belong to the scientists who experimented on him. Worse, they’re trying to track him down.
With the past nipping at his heels, Gabriel and Laurie flee together.
Can they outrun the enemy? Can they save Gabriel before either his life or his sanity are forfeit?
And is Gabriel as helpless as he, or Laurie, thinks he is?

I take my clothes off. Maybe just to leave something behind. Something of me. Maybe so someone will find them and know. And it’s as easy as that—easy to stand naked on the edge of the water, curling my toes in the deep cold of the water’s margin. A gentle breeze raises the hairs on my body, making me shiver a little. The thought that it’ll soon be over lifts a huge weight from my shoulders, and I feel light and free. It’s been a long time since I’ve been without fear… such a long time. I feel empty, but in a good way. At last, an end. At last.
I’m almost happy when I step into the lake. All I’m aware of are the cold water, the bright moon, the sounds of the night, but it doesn’t hurt. Nothing hurts anymore. The Chair isn’t going to have me now; no one is. I laugh. It’s such a free laugh. The sound of it surprises me.
I walk on… and then there’s nothing beneath my feet. The shore simply falls away and so do I. I can tell I’m in deep water, very deep. I don’t resist as the water closes over my head. The peace is even deeper here. There’s no sound at all but the hammering of my blood in my ears. Now, all I have to do is take a breath—just one breath—and it’s out of my hands.
An image of Laurie flashes through my mind and I fight to shake it. I open my mouth and water floods in. It’s not the dirty, muddy water I was expecting, but cool, clear water that, in other circumstances, would’ve been refreshing.
Damn, I’m coming up fast. I need to do it now. If I fill my lungs with water I’ll sink. Simple as… simple as that. Simple. Laurie. No, don’t think of him. The water hits the back of my throat and the gag reflex kicks in. This is it. I’m gagging. Stop gagging and take a breath. Just one. Just one breath. Breathe, now!
Oh hell, my head’s above water. Can’t breathe. Gagging. Stop. Breathe in, just one breath. Do it, Gabriel—do it now. Just one breath. One. I’m going under again. There’s water in my chest. I can feel it and it hurts like hell. I can’t stop gagging, but at least it’ll be over soon.
Laurie. No… I…. No. Stop fighting. It’ll stop hurting soon. Laurie. It’ll stop soon. Laurie. Ah fuck.
With a powerful stroke, I break free of the water and gulp a breath of fresh air. Before I can go down again, I fight for the shore. The underwater ledge hits my chest. God, it’s hard to drag myself out. I’m coughing like hell, and tears stream down my face.
As if there isn’t enough water.
I manage to haul myself out of the water and stagger to the shore before collapsing on my knees, vomiting juice and lake water. After another coughing fit, I vomit again and collapse to one side, avoiding the puddle of sick.
God, my chest hurts. Damn, damn, damn. One breath. That’s all it would’ve taken. One damn breath and it would’ve been over. Just one breath. Damn him. Damn him to hell! Just one breath. I don’t think it would’ve hurt more than the breaths I’m taking now. God, my chest hurts. Coughing brings up bursts of water that come out of my nose and mouth. I feel half-drowned. If only I could’ve got the other half right.
I’m getting tired now, and I have an idea that falling asleep wouldn’t be a good thing. Why not? Dying of exposure wouldn’t be a bad option. It’s hard to relax when my chest and throat feel like I’ve inhaled acid and I keep having coughing fits.
God, it’s a mess. I’m a mess. Isn’t there enough water around without these tears? Oh great. Now I can’t stop crying. I can’t.… Huge wracking sobs bubble up and burst from me. There’s no one to hear me, so I really let it all out.
The crying makes me cough up more water. I don’t care. This is such a mess. I’m making such a fuck up of my life, and I’m even a failure at ending it.
I’ve absolutely no idea how long I spend howling. Eventually the cold seeps into my bones and I have to get up. I can’t even die by doing nothing. That son of a bitch won’t leave me alone. He won’t let go. Now he won’t even let me die in peace. Right. Well, I’m not giving in to him. I’m damn well going to…. What am I going to do? I can’t even lie down and die. I’m pathetic.

Nephy Hart was born into a poor mining family in the South Wales Valleys. Until she was 16, the toilet was at the bottom of the garden and the bath hung on the wall. Her refrigerator was a stone slab in the pantry and there was a black lead fireplace in the kitchen. They look lovely in a museum but aren’t so much fun to clean.
Nephy has always been a storyteller. As a child, she’d make up stories for her nieces, nephews and cousin and they’d explore the imaginary worlds she created, in play.
Later in life, Nephy became the storyteller for a re enactment group who travelled widely, giving a taste of life in the Iron Age. As well as having an opportunity to run around hitting people with a sword, she had an opportunity to tell stories of all kinds, sometimes of her own making, to all kinds of people. The criticism was sometimes harsh, especially from the children, but the reward enormous.
It was here she began to appreciate the power of stories and the primal need to hear them. In ancient times, the wandering bard was the only source of news, and the storyteller the heart of the village, keeping the lore and the magic alive. Although much of the magic has been lost, the stories still provide a link to the part of us that still wants to believe that it’s still there, somewhere.


In present times, Nephy lives in a terraced house in the valleys with her son, dog, bearded dragon (called Smaug of course) and three cats. Her daughter has deserted her for the big city, but they’re still close. She’s never been happier since she was made redundant and is able to devote herself entirely to her twin loves of writing and art.