Walking Tour of "The Seventh Sacrifice"

There’s no way to separate my story “The Seventh Sacrifice” from the high mountain city of La Paz in Bolivia. My first husband was from Bolivia and as a young woman I spent a lot of time in that country. 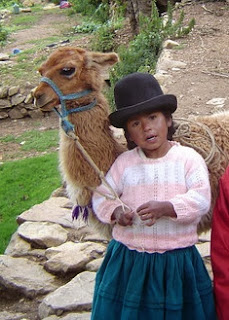 My mother-in-law was part Aymara, an indigenous people conquered by the Incas before the Spanish arrived. She taught me some of the language, but mostly we spoke in Spanish over cups of coca tea, often in company with other women—relatives and the family’s two maids who were from villages outside the city. These women were more than happy to tell me some of the history and stories from their land.

All of “The Seventh Sacrifice” is set in La Paz, Bolivia’s capital. The locations are authentic because I walked those streets, lived in that house, shopped in the market, and toured and prayed in the basilica of San Francisco. I love the rich culture of the city and its deep history. 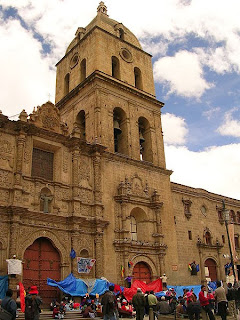 Take the Basilica of San Francisco. It was built in 1548 along the Choquyapu River. Existing Inca buildings were torn down and the stones used to build this church and also to pave adjacent streets. Native workers carved fanciful images in the church’s stone façade—images depicting sacred symbols from their own culture. The church remains a place of pilgrimage for the indigenous residents. 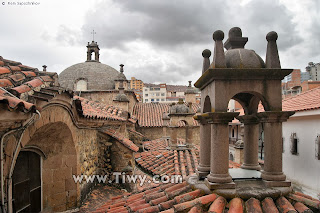 The roof of the church is amazing. Access is through a narrow, scary passage of worn Inca stone. (See picture) Once you emerge you see the rooftops flowing in ripples all around you and the city to every side. It’s worth the trip if you visit La Paz. 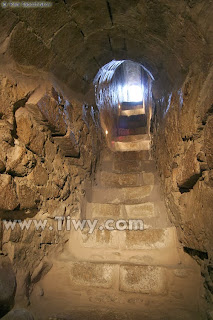 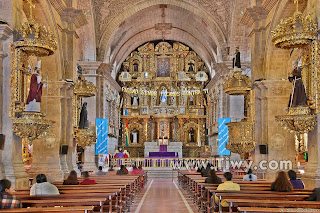 The main church is gorgeous and wonderfully colonial. You haven’t seen Catholicism until you've seen it in this part of the world, and it doesn't take long before you realize it’s all in a brand of its own. Ornate doesn't begin to describe the gilded profusion of religious symbol in this church. 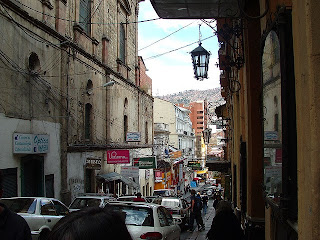 If you face the main doors of the church, the street on the left is the Calle Saganara. This street is known for its tourist shops filled with native artisan work. It’s an uphill climb, but on the next block you will turn right and find yourself in the famous Witches Market. Here people shop for magic and the tiny stores overflow with carvings, dried plants and animals, mummified llama fetuses, and prefabricated amulets and charms. 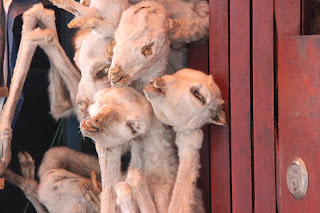 My mother-in-law always accompanied me when I shopped. She distrusted vendors and was the fiercest haggler in all Bolivia. She never let me buy anything that wasn’t authentic. She was deeply suspicious of magic, in which she firmly believed, and steered me clear of sorcerers, who she felt could do great evil to an American with no sense at all. Though she thwarted my hope to purchase a penis charm—which I wanted because, you know, it looked like a penis! and not for magical reasons—she eventually helped me buy a charm for good health. 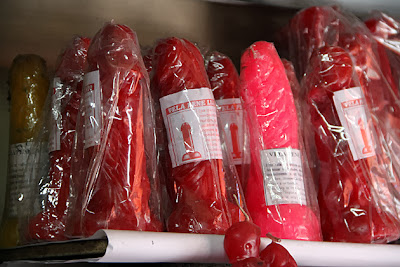 The website I got this picture from has lots of superb pictures from the Witches Market.

The commentary is that of a tourist, though. Many people who shop in the market are on serious business, most commonly to appease unhappy spirits. 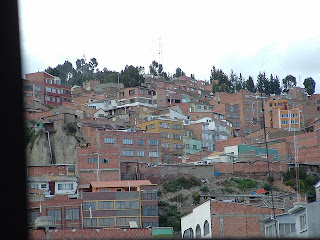 La Paz is very hilly and many residents live on the hillsides surrounding the city. The richer residents live in the lower elevations where they build heavily guarded houses or estates. 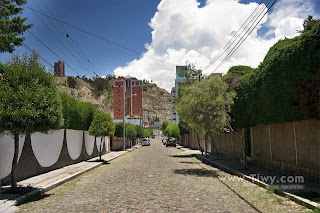 Beltran belongs to richer family that lives in a suburb called Calacoto.

Photo credits (any not credited are my own):