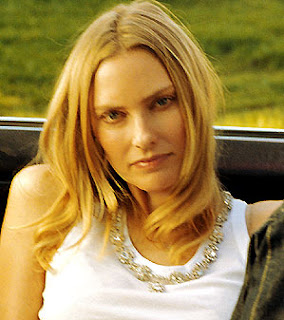 Anyone who hasn’t spent an evening listening to the music of Aimee Mann is missing out. You know I love singer-songwriters, right? Well, she’s one of the best. Here are five reasons why I think Mann is a goddess:

1. I love her voice. So many female pop singers are interchangeable I can’t even tell which one is singing which song. There’s no mistaking an Aimee Mann song. Not only do her lyrics vibrate with intelligence (see below) and deep insights, but she has one of those rich honest voices that haunts the words.

2. Intelligence. Aimee uses metaphor beautifully. She weaves melody and words to portray intense, emotional themes like addiction, celebrity, conformity, and rebellion. Her videos are wonderful stories unto themselves and are often sly with sharp introverted social humor. Here are my two favorites (bonus points if you get the joke about the author in the intro to "Charmer" or can identify the guy in the opening of "Labrador"):


Also, the video for "Labrador" harks back to [THIS VIDEO] for 'Til Tuesday's "Voices Carry," winner of the 1985 MTV Music Video Aware for Best New Artist. Aimee wrote the song and that's her performing in the video. Singer-songwriter from the very start.

3. Glasses. So many female artists won’t wear them. Aimee does and she totally rocks the look.

4. Aimee embodies artistic integrity. She believes in herself. Instead of conforming to what the music industry wanted her to be back in the 90s, she packed her bags and took control of her career by releasing her own albums. Her first self-released album, Bachelor No. 2, was sold from her website. Yep, she's self-published. Eventually her music gained more favorable distribution, but she's rooted in the tradition of independent songwriters. She’s the poster girl for indie artists who create their own fan bases and markets without the backing of big business or the exposure of hit singles.

5. Aimee has a great sense of humor. She knows how to make a point by poking gentle fun at something, such as the "artist as robot" in Charmer, but she’s also willing to put herself out there for a few laughs. The writers of Portlandia wrote her into a brilliant episode that makes biting points about the relationship between artists and their fans.


So there you have it... my fan girl love for Aimee Mann. I identify with her and her music speaks to me in ways I can barely articulate except... yeah, I love them! I can always count on her to cater to my melancholy or, in a different direction, talk to me about being a writer. Even though she's a singer. But  you see, Aimee gets that.

So, has anyone identified the guys who introduce her videos?
Posted by Tali Spencer at 4:28 PM