Today I've invited my good friend Michael Rupured over for a visit. Michael is someone I love to just kick back and chat with, one of those warm, sweet men I want to adopt for a brother. I just finished reading his first novel, Until Thanksgiving, which combines a tender love story with a tense thriller about a serial killer of gay men in Washington, D.C.. I just loaned this one to my husband, who loves thrillers. Today Michael is talking about his journey to becoming a published romance author. 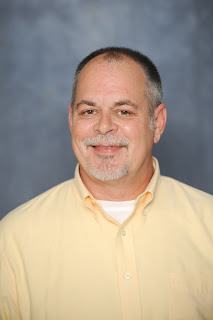 My dear friend, Tali. Thank you so much for inviting me back to your blog to talk about my new release and for the countless things large and small you’ve done for me since I signed on with Dreamspinner Press. There’s so much to know! I’m much farther up a rather steep learning curve than would otherwise have been the case thanks to you, M.A. Church, Eden Winters, Charlie Cochet, Shira Anthony, Chris T. Kat, Jana Denardo, Michael Murphy, Rodney Ross, and others who keep looking out for me.

In meeting so many different writers, I’m struck by the different routes each has taken to becoming a published author. Some started out writing original novels, perhaps in m-m romance, but not necessarily. The stories I hear share common threads, with twists and turns that make each one unique.

At damn near 55, I come rather late to the party. Though I didn’t know it at the time, I spent more than thirty years doing research for my future career as a romance novelist—work that continues as I find myself between husbands. That my experiences would provide rich fodder for a series of novels didn’t occur to me until a short time ago.

A love for reading, inspirational teachers, a vivid imagination, and a compulsion to write—these things I have in common with the writers I’ve met. A long career in academia helped me to polish my technical writing skills, but any non-work application—aside from journaling and writing letters to friends—never occurred to me. My creativity came out through gardening and other outlets.

The turning point came in 2008 when I started blogging as the Crotchety Old Man. Instead of reading what I’d written to gain knowledge—the primary focus of most of my writing to that point—visitors to my blog wanted to be entertained. Talk about a change! I experimented and got a feel for what I did and didn’t like to write as well as what people wanted to read.

My commitment to post at least three times a week soon had me running out of content. In a desperate moment, I wrote about my wild and reckless twenties. People loved it. One post became a series of posts, and then I’d written several series, each more popular than the one before. I’d found my voice.

With everyone encouraging me to write a book, I wrote a memoir called Glass Houses. Glass is a family name—so I have a better claim to the title than many who have used it before me. My friends thought it was a masterpiece. Agents and publishers, not so much. When I kept getting rejection notices for my heart-warming story, I joined a local writers group for help.

That was in March 2011. That summer, with guidance and feedback from the writers in my group, I started writing my first novel. Until Thanksgiving is the result. The blurb and an excerpt appear below. You can buy your very own copy here:

Follow me on Twitter (@crotchetyman) or see what I’m up to at my blog (http://rupured.com). Drop by and say hello. I’d love to hear from you. 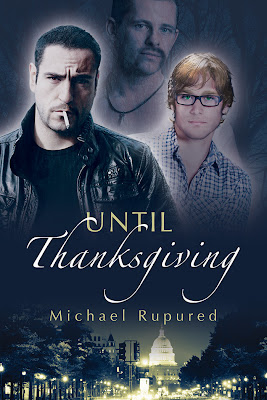 Josh Freeman knows his best days are behind him. After his partner of seventeen years has an affair with a younger man, Josh buries himself in takeout boxes, half-smoked joints, and self-pity until his best friend gently kicks him in the ass and encourages him to try out a new job in Washington DC—at least until Thanksgiving.

Though DC has its share of troubles, specifically in the form of a murderer targeting gay men, Josh soon discovers its charms as well. Unlike his old home, DC is crawling with men who want to date him—apparently he's not as overweight, out of shape, or over the hill as the man he once loved made him believe. In particular, Josh would love a chance with relocation expert Thad Parker, but Josh is sure Thad is seeing someone, so he looks for love elsewhere. He tells himself he and Thad don't have anything in common anyway.

Then Josh learns Thad really is available. Maybe they can work it out after all. Suddenly the future seems bright again. Of course, Josh doesn't know he's the murderer's next target....

Thanks for visiting, Michael. You're always welcome to stop over. :) If anyone has any questions for Michael, or just want to know if he's relating personal encounters with serial killers, drop a comment. He's always ready to share a story.
Posted by Tali Spencer at 12:00 AM