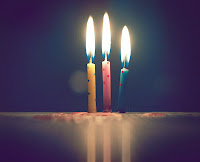 I'm welcoming Susan Elizabeth Curnow to my blog today. Sue is a brand new author... and a very old friend. Old like in she was a crit partner for my epic fantasies way before I ever wrote any of the stories my readers are reading now.

Sue is also one of the most interesting people I know! She has a horse and wolfhounds and... well, she's just plain cool. So is her novel, Games of Adversaries, which she is here to talk about.

Welcome to my world, and thank you Tali for inviting me to share.

“Games of Adversaries” was written with the idea of contrasts: to take one man from an advanced civilization and throw him into a medieval-type scenario. How could I not have fun writing such a story? I began it several years back and like many an author’s dreams, it evolved into much more than a romp through a medieval castle. Underlying themes kept cropping up – how would someone really react? What-if there was much more to the plot than met the eye? So the story grew to encompass something else as well. One of my sons was in the military. He went to Afghanistan twice and many of his comrades came back with PTSD (Post traumatic stress syndrome) and I wanted to know why. One of the conclusions I came to is that much of it is guilt. Because, given how society works today, to be a soldier they have to cope with as much political correctness as in many other aspects of life.

Where “Games of Adversaries” is concerned I took those contrasts to extremes by taking a man from a futuristic society who believes in peace and light and throwing him into a situation where he has to fight or die. He is as bewildered by his new medieval companions as they are by him. They think him a demon at first because he is a telepath. He in turn can’t get over the violence or the stench of this new world.

The story is how they overcome those differences to work together to face a greater threat. 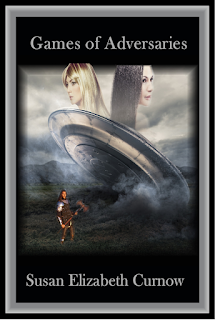 Excerpt from “Games of Adversaries”

The guards who escorted him were no better. A miasma arose from their unwashed clothes and foul breath. He tried to ignore them as his stomach lurched. This whole place stank, only growing worse as they took him down some stone steps between narrow grey walls.

The guards stopped next to a grille set in the middle of a floor. The smells here were even more noxious, emanating through its cross bars. As his nose twitched in disgust, the guards removed the grille and placed it to one side. A ladder was brought and pushed down into the cavity below. When the guards urged him to descend the ladder, Yiahan balked, staring at them in incredulous horror, until they grabbed his arms. Glimpses of their thoughts rushed into his mind, unshielded trivia cascading in uncoordinated waterfalls to threaten his sanity. He found himself halfway down the ladder with no memory of how he'd got there, the pain of his broken arm wrenching him back to reality.

His feet touched floor, the ladder pulled from his grasp. It disappeared through the hole several feet above, and the grille was replaced. Only then did he look around. Senses already revolted by what he'd found above now threatened anarchy. As Yiahan's eyes adjusted to near darkness, he saw where he'd been sent. No comparison would come to mind, just shock. The people above were clean in contrast to what lurked here in dark corners.

Still disoriented by Sarius's crash, with no time to assess anything, let alone his wife and child's deaths, Yiahan pushed down hysteria. If this was nightmare, he prayed to Vari it ended soon. Standing in the one source of light radiating down from above, he knew himself on display.

Quickly, he sought a means of escape. He tried to reach the minds above to convince them to re-open the grille and replace the ladder.

Annihilating pain throbbed in his mind. Desperate, he tried again, so hard he nearly blacked out. Confused and dizzy, his mind already damaged from the crash, he couldn’t make contact. He hadn’t meant to frighten those men in that cell, either. He had no control, he realized in horror.

Stone pillars descended from the high ceiling, probably supports for the castle above. In their fetid shadows things moved, and he was afraid to step from clean light into odoriferous territory.

People came out of the gloom, drawing closer every moment. Mistrustful creatures dressed in rags, dirt, and foulness. They sidled toward him with animal stealth, hesitant yet menacing. He closed his eyes, hoping to divorce himself from something he could find no words to articulate. When someone touched him, he flinched away, his response evoking laughter as he backed into someone else. He put out a warding hand, begging them to go away. Used to adulation, to people wishing to touch him in love, here, he could sense nothing but horror.

A hand tugged at his hair, others touched his body. He tried to radiate peace and harmony, love and gentleness, but either they could not sense it or chose to ignore it. He tried to reach their minds as they pulled him down to the earth, and the stench of them overwhelmed him, the touch of their minds filled him. Anger, hate, violence, bestial foulness crowded about him. His only escape was inward, yet his mind would not obey him. Sarius's mad gyrations had hurt him too much.
Hands pulled and tugged, pinching, investigating, ripping clothes from his body. Arguments ensued around him. Flesh smacked on flesh as they fought for possession of him. Animal roars, grunts. He tried, weeping, to crawl away, but someone flung him onto his stomach. A knee pressed, creating agony, in the small of his back. When someone else grasped his broken arm and twisted it, he screamed, yet his cries were ignored, only seeming to urge them to further violence. Desperate now, almost mindless with terror, he broke every law he had ever been taught, trying to push his captors away mentally. But their minds were incapable of hearing. He projected a shield around himself—a 'don't touch me' barrier—it failed.

Revulsion overcame him, so he dived inside a room in his mind and slammed the door behind him, but even that was not enough.

He tried to die.


And a giveaway on Good Reads:
http://www.goodreads.com/book/show/16239006-games-of-adversaries

Who am I? I live in Alberta, Canada, but I come from the UK originally. One day my husband decided to come home. So we packed up, sold everything, and got on a plane with three sons, five suitcases and an Irish Wolfhound. I’ve always written, since I was a child, and when I am not writing I am reading, when my animals aren’t calling. Yes, I am owned by a pinto horse, an Irish wolfhound and a grey tabby. They have found their way into various stories.

Next Spring will see the launch of a trilogy called “The Warriors of the Land” and that is another story all on its own.

Thanks for visiting, Sue! I know readers are going to love this book.

One question Sue would love to see comments on: Who could she get to play her characters in a movie. She needs leads on hot men. Yiahan is a long-haired, sensual and mystical dancer who is exotic yet still manly. Any ideas?
Posted by Tali Spencer at 10:07 PM