This week’s installment of “Useful Things” continues the story of Jesse/Rasvim and his alien captor, Majak. Hope you enjoy! Also, please stop by the other Wednesday Briefers and read their stories. A link at the bottom of this post will take you to them.

I like using the visual prompts and put this week’s in the story where it belongs. As for Rasvim and Majak, I decided it was time to shake up the POV…

Majak Suen-Shargal had petitioned the Var Sareem to appoint him as governor of Qatiyya. Several of the Var’s nobles of lower rank had sought the position. The planet, for all its tiny size, boasted life in abundance and life could be manipulated for riches in ways ores and minerals could not. Unfortunately, Qatiyya had been discovered by a privately funded consortium that had ruthlessly exploited the planet’s blood meat. The consortium had managed to keep the location of the source world secret for two decades, during which time every large species that could provide desirable red meat had been harvested, many to extinction. The most profitable species had been shipped to consortium farms and genetically manipulated to further profits and provide for extending the illegal enterprise.

Majak had reluctantly yielded his rich holding of the xul-gas planet Sulil in exchange for governorship of a planet nearly stripped of its useful fauna by opportunists and racked by prolonged conflict between consortium hold-outs and Aeth Imperial forces.

“I wager you now regret having sought appointment here.” The silver-backed Aeth speaking, Rab Sua-ti, had been Majak’s second for years. They walked the long gallery to the map room, where Majak would meet with a delegation of scientists tasked with restoring populations of native ruminants.

“The reasons I did so remain. I will regret it only if I fail.”

“Humans? Wild. Useless. Perhaps what was done to them was for the best.”

Majak saw no reason to return to that argument. Most of the Var Sareem’s Council felt that way. He did not. “I don’t believe we have truly made contact with them. Those salvaged from farms are genetically altered to be submissive and only marginally intelligent. They are generations removed from their origins and have no record or memory of what they are. The feral humans here are not the same creatures at all.”

“The feral humans here slay us at every opportunity.”

“Can you blame them?”

“No. But every attempt to make contact leaves us or them dead.”

“The human you secured from Osvith?” Rab’s nostrils flared with disagreement. “Captured young, handled, enslaved… he’s not truly one of them. Not anymore. I repeat my caution about that one. You cannot be certain Osvith did not condition him to be harmful in some way.”

Majak acknowledged the concern. “I am taking precautions. Rasvim is… interesting. He’s of true, unaltered human stock, one of few in our possession. The advantage of Rasvim is he knows our language.”

“I believe Rasvim will be useful for far more than comfort.”

They were at the map room. The delegation waited inside. Majak clapped Rab on the arm and they entered to meet the first of several obligations for that day. 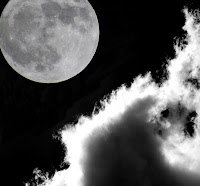 Night and Qattiya’s one pale moon illuminated the clouds by the time Majak returned to private quarters. As he had ordered, Rasvim knelt in the middle of the room. Majak took a moment to observe the young human.

Rasvim’s posture was perfect, his naked body graceful and relaxed. Osvith’s rigorous training showed. But even in the warehouse, Rasvim had shown signs of cataloguing everything around him. It was more than his unusual memory—a talent Majak planned to explore further—and hinted at an active mind. Like now. The human tried to keep his eyes submissively lowered but could not resist peeking at his surroundings. Osvith had lived crudely, like an animal. Rasvim had probably never seen a true Aeth bedchamber before. What did he make of the luxurious bed with its array of privacy screens? Or the images of alien landscapes that graced the chamber’s black glass walls?

What did he think?

He noted Rasvim’s gaze rested on an image of purple trees etched against a brilliant green sky.

Startled, the human ducked his head, resuming a posture of perfect submission. Majak frowned. Breaking Rasvim’s fear-based responses would be his greatest challenge. Instilling trust and confidence would take patience—and time. He approached, asserting his mastery by laying his finger pads on the vulnerable back of Rasvim’s neck, detecting a controlled shudder beneath the warm silken skin.

Of all the species the Aeth had discovered and conquered, humans were the most useful. They were warm-blooded and, due to their size and musculature, could serve as blood meat—but they also were pleasingly built, comparable in size to Aeth, and strangely attractive. Both species walked upright and had similar faces. Aeth had short or no hair. Humans had very little and the hair on their heads was decorative and appealing. Aeth had four powerful limbs. Humans also had four limbs—though they were hoofless, differently jointed, built as much for climbing as running, suggesting an arboreal origin. And human skin was prized for its fine texture and almost luminous beauty.

Majak traced a slow path down the ridges of Rasvim’s spine and admired the human’s control.

“You performed perfectly at the reception,” he said. “Alaksu predicted you would lapse. I knew you would not.”

Majak ceased touching him, though he regretted abandoning that warm, lovely skin. He looked forward to the day he could indulge touching more—much more—of this human. He was not surprised that he had sexual interest in Rasvim. An Aeth male in his prime was expected to exercise sexual domination of other males, of his own species when needed and of comfort species for pleasure. He had studied humans extensively in preparation for eventually using one.

But he would do so respectfully. Ownership of a sapient being required no less.

Blood meat was prized. Sexual service helped channel primitives urges. But what other useful qualities might a human possess? And what would become of the Aeth if humans were more?

Thank you for reading! Usually this spot has the links to all the other posts... but this week I am not around to add the links. So here is the link to a blog that will have all those links as well as a first-rate story of its own.

Julie Lynn Hayes m/m
Posted by Tali Spencer at 12:00 AM