It's time again for Wednesday Briefs, weekly flash stories of 1000 words or less. I'm contributing serial chapters of a science fiction story I'm playing around with. The pairing is m/m, with one of the males being an alien. There may even be a menage, but I'm not sure yet. That's the fun of a WIP... it keeps evolving.

This week's prompts were "You make a better door than a window" or use: spice, intense, cargo or "Falling in love again is like..." or use: secret, balance, radiation or "Look into my eyes..."; or I could use one of the visual prompts.

I decided to use this visual prompt: 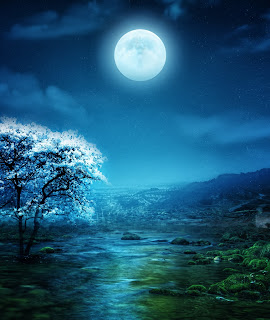 Rasvim looked up. If he did not, he would be branded as untrained and useless, which was bad, or terrified, which was worse.

The Aeth was tall, hairless, and gray-skinned as were all his species. Oval, pointed ears neatly bracketed a narrow face, less protruding than some, with a powerful jaw and pronounced orbital ridges from beneath which peered large intelligent eyes. Aeth eyes lacked whites, consisting of a mauve taupe orb with enormous irises of shades from red to purple, at the center of which the black of their pupils were almost diffuse. The nose was wide, with open nostrils, and the mouth appeared almost lipless when closed, as this one’s now was, concealing its teeth.  Rasvim found Aeth faces difficult to read.

“Very pretty,” the Aeth said. He reached his hand under Rasvim’s chin, tracing the line of his jaw with two fingers. Aeth hands had three fingers and an opposable digit like a thumb, all long, jointed and graceful. Evolution had reduced the hooves on the ends of the fingers to tips useful for tapping and prying, while the undersides deployed sensitive, exposed cores. The velvety touch caressed Rasvim’s jaw, rasping over his two day growth of beard. “A young male, yes?”

Rasvim shivered as the fingers moved to his mouth. Not knowing what was wanted, he parted his lips, allowing the hoof tips to enter. Hard and smooth. He kept his gaze fixed on Aeth Majak and tried to interpret subtle shifts in expression.

“Did you know, Urhal”—said Majak, leaving his fingers against Rasvim’s dry, open lips—“that humans are an intelligent species?”

“That’s because you haven’t seen many. No one has. They never developed space travel beyond this one planet and its lifeless moon. They had the misfortune to be discovered first by exploiters, mercantile opportunists who slaughtered them for their valuable protein. Most were processed before humans could be studied and categorized. When humans were outlawed as food, the mercantile cartel adapted their exploitation by selling humans as a comfort species. Many of those who buy humans ostensibly for pleasure still end up eating them.”

“Good blood meat is a temptation.”

Rasvim was used to such talk. Osvith’s guests had often tried to cajole the smuggler into serving him up as food.

“So why did Osvith not succumb?” Majak moved his thumb around Rasvim’s yielding lips, exploring their potential. “Can you tell me, human? Why didn’t Osvith eat you?”

Because Aeth Majak seemed to know that he could speak, and because he did not want to end up as food, Rasvim answered. “I’m too useful, Ver Majak,” he replied, using inflections perfected through years of training.

“Beautiful,” said Majak. He removed his hand. His facial expression shifted again. Rasvim thought the Aeth was pleased. “And he has learned our tongue.”

“Slaves learn the language of their masters.”

He was in the presence of a predator unlike any of the conquerors he had thus far encountered. Osvith had been cunning and cruel, a creature given to indulgences and excess. Aeth Majak’s body was lithe and fit, sheathed in fine fabrics embellished with glittering details Rasvim recognized as indicating high status. Many of the symbols meant nothing to him, but he had seen the neck detail before. Riss vith ch’isk. High wing star. He did not know the meaning of the word grouping.

“There are only a few pockets of feral humans left on this, their native world.” Majak had not ceased his monologue to Urhal. “Most come from off-world farms, of course, but the majority are genetic cretins manipulated to be food or mindless comfort slaves. This one bears no vendor mark. He appears to be native stock and was probably captured in the wild. Yet he speaks our language almost perfectly. This human may be the rarest prize of all.” The eyes that bored into Rasvim’s were not Osvith’s horrible red, but more resembled the color of storm skies he barely remembered.

Though he sensed no cruelty—no suggestion that this Aeth thought of him as food—the scrutiny only reminded him of his proximity to danger. It took his every nerve not to run, which would only trigger the prey instincts of the soldiers. Majak’s fingers smoothing the red tips of his crest calmed him.

“How did Osvith choose you, young one?”

“There were several of us. He showed us a number and asked us to repeat it.”

Urhal lifted a gray, pebbled eyebrow. Majak’s lips stretched enough to part, revealing a glint of teeth in his smile. “Osvith kept you at his side. You attended meetings with him, didn’t you, young one?”

“Do you remember the details of those meetings?”

Rasvim could not look away from the ferocity of Majak’s interest in him. The Aeth already knew the answer. “Yes.”

“What do you remember?”

Urhal grunted. “Clever Osvith. The human is a recording device!”

His expression cloaked again, Majak pondered Rasvim anew. “The rarest of the rare. Beautiful, intelligent, and it possesses eidetic memory. Who knows how many of these amazing creatures the protein scavengers rendered into pulp? This one is now mine.”

“But it may have valuable information about criminal activity, including what happened to Tuth Arux—”

“I will get that from him, but not here. I want him in a secure location. Bring him with us.”

He obeyed and followed the Aeth out the warehouse door. For the first time in years, he stood in open air. The risen moon burned white in the sky above hills thick with incandescent night-flowering trees. Aeth-ruled territory burned bright as day.

Rasvim had a new master.

Thanks for reading. :)  The other briefers also have some wonderful stories to share, so check them out.