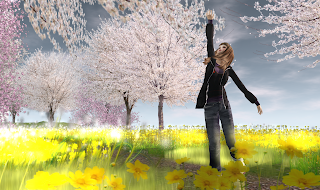 One thing I’m sensitive to in all writing—not just fiction, but even more so in nonfiction or critical writing—is tone. Tone is how the writer approaches the subject and the reader. Tone can be formal or informal, academic or playful, helpful or condescending. Among the things tone conveys is the writer's attitude toward the subject. The author's use of tone contributes to the reader's perception of mood or atmosphere.

Setting tone in fiction is something I work at. One of my upcoming novels features a protagonist struggling between his sexuality and faith. I aspire to keep the tone respectful of his beliefs… because he respects his beliefs. The whole basis of his struggle is his profound attachment to his family and his faith. This theme of respect carries over into his relationship with another man. Respect for the person must include respect for his values and autonomy. Throughout the story, I construct tone by using contrast; I arrange positive portrayals of faith against portrayals that are negative. The most damning portrayal isn’t of the faith at all, but of a character. The villains are human, not an ideology. The ideology is, however, an obstacle and to show it I deliberately juxtapose imagery and word choices to evoke brilliance and darkness, freedom and slavery, knowledge and ignorance. The tone is rational to convey the theme, but I aim to avoid the sense that I am delivering lectures. Show… don’t tell.

Tone is the ultimate show. It’s embedded, but it permeates the words.

In another book, Thick as Thieves, I’m keeping the tone light. The book is supposed to be a bit of a romp, a sword and sorcery adventure. The tone alerts the reader to the joke. Comedy rears its head as soon as Vorgell admits to Madd that he fucked himself with a unicorn horn. Now Vorgell has sex on his mind 24/7. I use casual dialog and lots of action to keep a quick, snappy pace while deliberately evoking common stereotypes and occasionally playing against them. There’s a element of absurdity mixed with realism and the story is blatantly irreverent. I stumbled into a tricky spot when I upped the stakes and got one of the boys into deep trouble. A short story can have finding a good inn as its comedic crisis, but a novel needs a bit more punch. The crisis is pretty heavy and keeping things light was a challenge. Fortunately, the characters themselves lend the lightness. Madd’s predicament includes some spells he cast in desperation while incarcerated… with surprising results. And Vorgell just has to be himself. Admit it, there’s something naturally absurd about a rampaging barbarian swinging weapons at hapless wizards.

Blog posts present unique opportunities to trot out tones I don’t often use, like being funny. I love humor and am gradually opening up to using it because, well, the world could use a few more laughs. But I’m real careful, because humor can fall totally flat. On the other hand, I have an academic side I let out to play on occasion. My schoolmarm tendency to lecture plays well only in small doses.

Tone is most important, though, in things like reviews or commentary, where a slip in tone is the difference between sounding honest and direct or coming across as mean-spirited, mocking, or dismissive. You can tell the reader 'til you're blue in the face that you don't mean it harshly... but the tone of the piece shows your attitude toward the work and the writer. I take special care with reviews to keep the tone neutral and supportive, especially when I point out something I think is lacking. Because of time constraints, I read fewer books than I would like. Still, I love most of the books I read and being positive is easy.

Grocery lists, on the other hand… perfectly safe. Tone doesn’t mean a thing to cantaloupes.