Anne Cain came up with this beautiful cover art for Sorcerer's Knot. 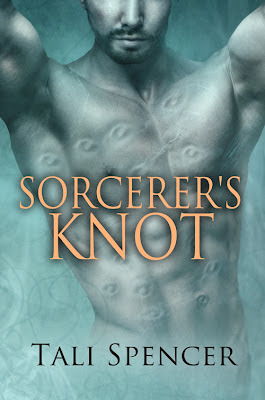 The novella is being released by Dreamspinner Press on August 22nd. It's up on Dreamspinner's Coming Soon page, too.

You can read an excerpt here... or click on the page in the sidebar.