Let me say upfront I had a busy weekend. Ken the Radical Artist flew in from Atlanta for our annual fantasy football draft and we all had a great visit, drafted awesome fantasy teams, hashed out which of the world's great evils is the evilest... for the record, that would be the automaker who made his car... and talked about his great plans for internet comics and indie films. His brother is Mike the Conqueror, and they have long striven to prove who has the greater plan. Time will tell, but their relationship inspired some nice bits in The Prince of Winds.

The Prince of Winds will be released by Dreamspinner on September 12th. That's right, my baby has a delivery date. It's the story of a young man who achieves his dream of becoming an eagle warrior, only to end up on the losing side of a war and become the captive of a mysterious demon prince. The prince is one of three cursed brothers. You can read the blurb for the book here.

Oh, and here is the cover! 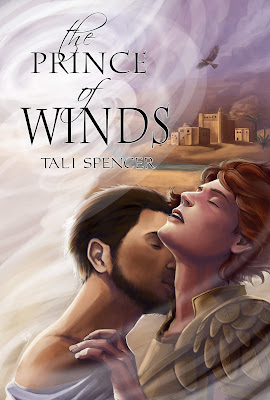