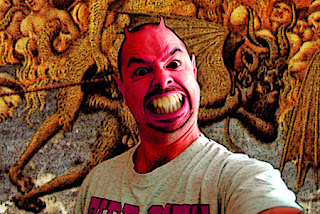 Science fiction author and all around smart guy John Scalzi has come up with an interesting metaphor for society--using a gaming framework. He maintains that a "Straight White Male" in the United States (one could extrapolate this to Western civilization in general) is playing on the easiest difficulty level. The program is set up to make it easier for him to excel at the game. By contrast, Scalzi says in his post, a "Gay Minority Female" is Hardcore.

Check it out: Straight White Male: The Lowest Difficulty Setting There Is

Now this is an interesting way to look at the world, and is exactly the sort of intellectual discussion I love. Being a normal self-focused egotist, I naturally applied this framework to myself. "Straight White Female." Hmm... second easiest? Scalzi doesn't go there. "Straight White Female Packing A Few Extra Pounds"? Doesn't go there, either. Still, it's a fun look at a complex social flashpoint and Scalzi lays out a pretty sweet metaphor about how society loads the dice, so to speak.