Good morning! I'm very happy to have an amazing author, MA Church, on the hook today.  My first encounter with her fiction was through her gay male science-fiction story, The Harvest.  Well, she’s done it again.  She’s here to tell us about herself and her new science fiction M/M romance, Nighttime Wishes, just published by Romance First.  There's also a sequel, Nighttime Dreams, in the works. Let’s have a listen to what she has to say!

So tell us about Nighttime Wishes.  What’s it about?  Give us something fun, something sexy and cue us in on what it was that led you to write this book.

Nighttime Wishes is about an alien that has been watching this human, Shawn, since he was a small child. And Shawn is very aware of that fact. When Shawn is old enough Ziang, a Maz’Rarian warrior from the planet Maz’Rar, comes for him. And ends up crashing on Earth near Shawn’s home—thanks to a winged vertebrate, lol. In other words, he had a run in with a bird.

There’s a lot of humor in this story, lol, from the pet name Shawn calls Ziang to Shawn’s reactions to ‘freaky alien things’ as he calls it. This story was actually written with the idea of subbing it to an anthology, but the thing just kept growing, lol. It didn’t take long for me to figure out these characters had a story to tell!

This is a small excerpt of one of their encounters:

Standing in the pool of light, he looked up. A slight breeze ruffled his hair, his bangs fluttering in his eyes. The beam of light came from straight above him, shining down from… Shawn gulped as the word UFO bounced in his head.

Then the light turned from pale yellow to a pasty blue.

This was something new. The soft thrum of an engine and waves of energy danced in the bright light that surrounded him. Little sparks of blinking lights popped, making the hair on his body stand on end—that wasn’t the only thing standing. A warm tingle of energy raced through his body, centering right at his pelvis.

His body buzzed with a low-grade hum that made him yearn. Shawn was hot and itchy, and an insistent ache in his dick wouldn’t go away. That had never happened before. An orgasm was building; a whirlpool of desire deep within, waiting to tackle him. His cock was painfully hard; it throbbed in time to the beat of his heart.

You write gay male fiction, but you’re neither gay nor a male.  So what’s your biggest challenge in writing m/m and how do you overcome it?

I guess getting the mechanics (sex) right is the most important thing to me. Since I’m not a guy I have no idea what it *really* feels like to have the prostate worked, lol. Oh sure, I’ve read about it, but firsthand knowledge is better, lol. That leads me to the second half of the question. I’m not gay. But in the two years I’ve been writing gay male stories I’ve made several friends that are gay and had very frank conversations with them, lol. And I have found this: no two people are the same, and love is all that matters.

In any of your stories, what was your favorite chapter to write, and why? 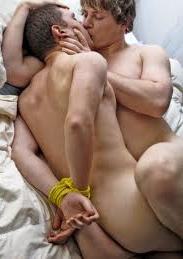 I have a series running on my blog called The Yellow Rope. There’s a chapter where one of the main characters—Luke—is denied orgasm after being teased. He makes a comment to his partner—Gage—about how doing that probably just killed off some of his brain cells, lol.

And, of course, there’s a funny story behind that. *Grin* While I was working on that chapter my sixteen year old walked across the den, talking on her cell. Now, I’m sitting on the couch, writing the part where Luke is being teased unmercifully, lol. And my darling daughter tells this friend of hers that talking to them is killing off brain cells. OMG, I just about died! Next thing I know that little saying is in the story, lol.

Take one of your stories and tell us what you would change about it if you would do it over again.

I actually have the chance to do just that—a do over. My first ebook, Darkness Awaits, came off the market not long ago. The publisher went out of business. I have the rights and the cover now. Just as soon as I have time, lol—yeah right, time—there are some spots I’d like to redo from some of the reviews I’ve read on it.

Well, from readers I’ve run the gamut from you suck to have you lost your mind, lol. But then, I’ve also received emails that were so touching, so beautiful, I’ve cried.

From editors I haven’t really received tough criticism. Mistakes were pointed out, of course; that’s their job. And I’ve tried to learn from the editor I’ve worked with. But honestly, as far as any criticism from editors go, nothing really comes to mind that… shall we say, haunts me.

As far as the best compliment—that’s hard. I guess having authors I respect tell me that something I wrote was good, or hot, or funny, means a lot. Having fans email me wanting to know when something is going to be released keeps me going. J

Have you ever been surprised by a controversy among fans or reviewers - for example, you created a character without thinking too much about what people would think of him, and found some readers loved him and some hated him?

Have I ever, lol. Judas, from Kiss Me Deadly sure stirred things up. There is a religious angle—Judas, Satan and Jesus. Plus, it was also violent and dark.  I used the betrayal of Christ to explain how vampires were created and explore the why of some of the myths that center around them.

Folks either understood it was a story about redemption, that even a contemptible creature such as Jude could change; or they hated it with a passion. One comment said I had balls down to my knees, lol. Now that made my day! *Grin*

Which do you find most helpful: fans or critics?

Both actually. Both can give good advice. 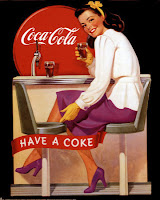 LOL! Neither. Tea makes me climb the walls, plus I can’t sleep. And I don’t like coffee—never acquired that addiction in college, lol.

I’m a Coke girl all the way!

Name one book you recently read and loved.

I did read this free short story I downloaded from Goodreads not long ago called Yes, Sir by Ellis Carrington. I was completely blown away and now I’m a fan of that author’s work. 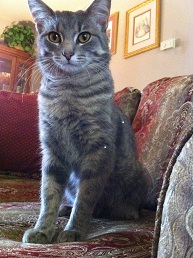 Who is Kitty-Kitty and if he could speak to us, what would he say about you?

Oh Heavenly day, lol. Where to start? Well, he showed up in our garage Halloween night. I really think he was dumped. Since he didn’t have a collar, we called him Kitty-Kitty. And the name stuck, lol. I guess he was about 7 months old. Now, I love cats, but I’m big-time allergic to them. So, the deal was he’d stay in the garage.

Yeah, right. Next thing I know the hubby is sneaking him in. Really? Like I’m not going to notice this? Okay yeah, I didn’t put up much of a fight either, lol. I just got on an OTC med. *Sigh* The things I do for him. (You decide if I mean the cat or the hubby. *grin*)

Fact is, he’d probably tell y’all I’m a bit spacey. But that’s no secret, lol. Talk to me on FB or twitter and that comes across really quick! And he’d probably say that I talk to my characters… and they talk back. A few tend to get mouthy if they feel like I’m ignoring them. We have discussions, lol.

Hey! Sometimes I actually win these discussions! *Rolls eyes* My Muse is smirking.

So there you have it, straight from the author.  I hope you've had as much fun getting to know MA Church as I have!
Posted by Tali Spencer at 12:00 AM