Okay, I did it.  I shot off the request to have some of my stories taken off from Literotica.  Captive Hearts and Dangerous Beauty are coming down.  The Prince of Winds is already history.

And here's the reason: I have a chance to get them published.  Some publishers won't even look at work that has been posted on the internet.  Those publishers who do, however, ask that a work not be available on free sites while under consideration.  They have good reasons for this, and the biggest one ties into my second reason.

A story that's out there for free is defenseless.

Anyone can simply take that story, copy it, say they wrote it, and put it up as their own.  They can even send it to publishers themselves or publish it on Amazon and sell it.  And if I was okay with that, there wouldn't be a problem.  Lots of people are okay with it.  But I'm not, which is why I pop for $35 to register a story's copyright before I put it up anywhere.  It's not much protection, but it's something. The fact remains that posting a story online creates problems for publishers over the work's provenance.

I love making my stories available to readers and getting comments, good or bad. Readers taught me a lot on Lit. I learned, I laughed, and I winced a few times.  But mostly I grew . . . I grew as a writer, and I grew a thicker skin.  The latter is important.  I've always championed the value of maintaining perspective, but the only way to maintain perspective on my own work has been to put enough work out there that the pain gets spread around.  I was able to put up a fair number of stories on Lit.

The stories aren't dead.  Far from it.  For one thing, anything put on the internet is never truly dead.  But all three stories are also currently out to publishers.  I hope they get picked up.  In the meantime, should any readers from Literotica stray over here to my blog, they will find the next generation of those stories, and others, underway and being posted as excerpts.  I also will be buying 5 copies of any book I do manage to get published and giving them away to readers.

My ultimate goal as a writer is to make my work as available as possible.

But it won't be the same.  It was nothing short of magical to pop on in the morning, hoping to see that my chapter had been posted, waiting for the comments, finding out what readers thought.

Okay, so I'm inspired.  My newest short story, "The Seventh Sacrifice," is about an Andean snake demon-shifter.  He only appears near or inside a church because the Spanish built it atop the sacred well where his father, the snake god Amaru, is imprisoned.  Amaru can only be freed by seven sacred sacrifices at the hands of his seven sons.

Appearing as a beautiful youth, my demon Katari romances a young Spanish nobleman
. . . because the seventh and final sacrifice must be the blood of an enemy.

I've just begun writing this one, but I'm pumped, because the story will be set in colonial Peru.  I'm familiar with the locations and will be including the Witch's Market and the Church of San Francisco, which is an amazing structure with mysterious passages and the coolest of all roofs.

Today I was kicking back and cleaning up my files and I found this:

"On Writing," by Robert Sawyer.

The essay lays out Heinlein's five rules for writing success.  And they're dead on. A must read for any writer, but in particular for those aspiring to publish.
Posted by Tali Spencer at 4:50 PM 3 comments:

Dreamspinner Spins Me a Dream

Dreamspinner Press has just bought my gay male fantasy novella, Sorcerer's Knot! I'm dancing around the room, and thrilled to be working with them. They're a quality publisher and the only thing that makes me happier than writing is working with a professional editor.

The most amazing part of all this is . . . I would never even have written the story except my good friend MA Church pointed me toward a tentacle anthology and piped up that we should submit stories together.  At the time, I was thinking about writing a Valentine's story, but she reminded me about a tentacle idea I had almost written up for Halloween.  Next thing you know, I'm writing Sorcerer's Knot and she wrote Nighttime Wishes.  Both novellas are now scheduled to be published. How cool is that?

So here's a blurb~

Cian may be young, but he has acquired powerful magic—most of it by stealing spells from aging wizards lulled by his good looks.  Even a dragon succumbed to his allure.  Of the seven great arcana, only the power of the sea eludes him.  Now Cian has learned where to find Muir the Scarred, the only man known to have mastered that power—and he is determined to wrest it from Muir by whatever means necessary.

Tossed up by the sea on a desolate island, Cian does his best to seduce Muir . . . and instead finds himself being seduced by a man with a terrible secret.

I will be posting a generous story excerpt when I get the cover art.   I'm really looking forward to that!
Posted by Tali Spencer at 10:26 AM 2 comments: 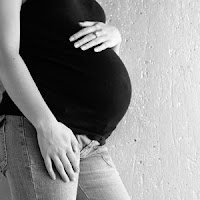 So often in romances, sex is expected to culminate in the man claiming the woman through intercourse. This time, I think, Adora is going to claim him. He's already surprised at being attracted to her. He's in for the surprise of his life when she makes her move. Yeah. Game on.
Posted by Tali Spencer at 5:32 PM 6 comments:

Just an update on my WIPs.

I'm working on two novels, though Adora's story, Last to Know, has surged ahead in terms of commanding my attention.  Yeah, it's a lame title.  I'm still hoping I can think of a better one.  But the novel itself has spawned some interesting dynamics.

I usually stay with paired POVs, two viewpoint characters, and tell the story by alternating these perspectives.  But in Last to Know I will be including four POV characters: Adora, Vallmer (the hunky blond man she wants as her own), Gaspar (her brother) and Julissa (the woman Gaspar is marrying).  One reason for the extra viewpoints: timewise and action-wise, the novel revolves around Gaspar and Julissa's wedding and its aftermath.

It's a great wedding, because NOTHING goes as it's supposed to.  Gaspar was too much fun to write for me to long resist having him as a POV character again.  And I gave septugenarian Duqessa Hersilia a nice, meaty role.  It's all good fun.  So far, Adora's baby is born, the wedding done, half of Julissa's family is dead or missing (read Dangerous Beauty for that story) and Adora and Vallmer are finding out that love is not something that goes according to design.

My other WIP is a gay male romance called Walking the Wall.  It's set in my Triempery universe, where a not-quite-human race is trying to prevent its own extinction.  The protagonist is a young barbarian kidnapped to be a sex slave and brutalized, but who manages to escape his enslavers and is rescued into a glittering, strange new life.  Considered too primitive and unintelligent to be of much use, Rann dedicates himself to master a game the ruling class says he's incapable of learning.  But it's not just a game . . . it's the key that enables one of the Highborn princes--a handsome, icy prick named Kyreion--to travel through time.

Naturally, this being a gay romance, there's all kinds of hot sex and male bonding and, this being me, plenty of action as well.  Rann is damaged and distrustful; Kyreion is isolated, spoiled and suspicious.  The bridge they build between their experiences will not only lead to love, it will change their world.

I don't know what it is about spring, it may be the flowers, or the birds, but something about this time of year puts romance front and center.
Posted by Tali Spencer at 2:11 PM 2 comments: