My Ego Knows No Bounds

I was reading on the physics of multiverses, which is the theoretical existence of multiple universes, which got me to thinking about how I might apply those principles to what almost every science fiction and fantasy writer does: the creation of alternate universes.  Admit it, that's the most fun a writer can have.

So I stopped to consider that my stories have a cosmology.  Readers may not detect it, but I know the Ibis universe is the exact same universe (just different locations in space) as the Triempery universe . . . but the Uttoran universe is not, it's distinct . . . though Uttor may be in the same universe as the Known Sky stories, which are definitely related to the universe of my latest story (tentacles!!!) and the Penumbra universe (unpublished).

None of them are spin-offs.  Each was conceived to be a separate universe.  But a funny thing about a writer's universes, they can tend to bleed into each other.  And that's because when you get right down to it, they all arise from the same Big Bang.

Yep, that's me!  The Mistress of the Multiverse, the unifying principle, the center of everything.
Posted by Tali Spencer at 10:40 AM 1 comment:

So I just finished a conversation with Mike the Conquerer about his little brother Ken's new movie, and he said, "Ken needs death lessons!  His death scene was pathetic.  He just flopped down and out came this little 'Ungh...' Nobody dies like that."

As I pointed out in Ken's defense, most real life deaths pretty much do happen like that.  The victim may suffer nobly or ignobly, or not at all, but when the moment comes, the average person will flop, maybe twitch a little, then they die. The average death wouldn't make the cut on screen or in fiction.  That's good, because fictional deaths tend to be bizarre and painful.

One reason for that is because the characters most likely to die are villains.  They deserve to die, after all, and die they do . . . in droves.  I've seen a fair share of real-life deaths, a couple of them gruesome, and none would be too gruesome for a fictional villain.  The crowd at a Roman circus would be less bloodthirsty than readers determined to see a villain meet a bad end.

For a writer, there are few moments more satisfying than killing off a good villain.  My best literally disintegrates the guy, though I'm also proud of the man who's magically turned into a stag, brought down by his own dogs, and gets his throat cut by his best friend.  I killed Lorant in Captive Hearts with a rock precisely because being killed by a rock is pathetic, besides which Gaspar was not exactly famed for his prowess as a warrior, hence the rock.  Another of my villains, Lukacz of Dangerous Beauty, died off-stage . . . but only because none of my POV characters were present at the event, which occurs in full and bloody detail in the opening chapter of a sequel.

Heroes and heroines, on the other hand, tend to die handsomely.  If their deaths are bloody, they're also noble or, better yet, tragic, because readers expect a worthwhile reward in return for the beloved character's suffering.  I'm proudest of the way I kill off one of my favorite characters in a book soon to be published: he suffers greatly at my hands, but he pretty much saves the world.  It doesn't get much better than that.  I cry every time.

In fiction of any kind, a truly satisfying death is seldom passive.  That's where Ken's death scene failed.  He didn't flail, or rage, or get in a good blow.  He just flopped down and died.  Anyone can do that.
Posted by Tali Spencer at 4:33 PM 6 comments: 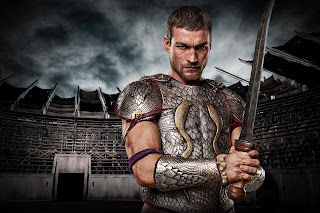 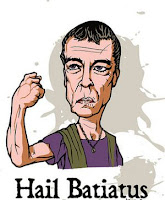 Terror and the Creative Process

Novelist and screenwriter William Goldman (Princess Bride, Misery) says in his memoir, Which Lie Did I Tell:

"I don't understand the creative process. Actually, I make a concerted effort not to understand it. I don't know what it is or how it works but I am terrified that one green morning it will decide not to work anymore, so I have always given it as wide a bypass as possible."

I used to think knowing what made me tick was useful.  If I understood it, if I could figure it out, then I could be better at it.  Why not?  That works for most of the things I've had to deal with in life: respiratory medicine, constituent relations, traffic flow and signage.  But it doesn't quite work the same for creativity.  Creativity isn't a set of skills; it's a conjunction of opportunity, philosophy, and desire.

Creativity has a lot more in common with love than it does with, say, child-rearing or people skills.  People are seldom afraid of losing their ability to raise children or figure out what their co-workers are going to do next.  Writers, however, are justly terrified that someday the words will simply refuse to flow.

Got a great laugh from my son the artist.  He read "Victory Portrait" and, well, it opened his eyes a bit.  Not to gay male erotica, which he knows exists, and I'd cued him in on the subject matter.  But I guess it's still a surprise when you read butt-fucking erotica from the woman you thought only ever had sex with your father, and then precisely three times.  In the dark.  Under blankets.

"You know, Mom," he said, laughing, "Dad always said you were Satan, or the Wicked Witch or something.  But we just laughed."

"I've gotten used to being laughed at, but you don't get to do that.  Remember, I'm still the woman who gave you life."

"Yeah, but now you're cool.  I can tell my friends my Mom writes about sex.  Their moms do volunteer work and stuff."

"Volunteer work is cool.  And maybe they write erotica on the side.   You'd be surprised what moms actually do when not yelling at their children."