Horror Comes In Many Flavors: Julie Lynn Hayes on What She Loves About Horror

Horror is a genre that jumps right down my spine. It also gives me nightmares. But go figure, lots of people love fiction filled with things that go bump in the night or, for that matter, horrifically killing other folks. Julie Lynn Hayes is one of those people. She loves horror so much she wrote a horror book of her own, Do Not Go Gentle Into That Good Night.

Today Julie will talk about what horror has to offer. Welcome, Julie!


I unabashedly admit to being a horror story aficionado, whether in print or on the small or large screen.  I love to be scared, although I have to say I seldom am. Maybe because I don’t find it so realistic that I fear someday I’ll be up against a chainsaw-wielding maniac or a random slasher or a madman intent on creating hybrid creatures for strange intent. I found Blair Witch more realistic than most, because I can totally see myself getting lost in the woods like the hapless victims of that film. 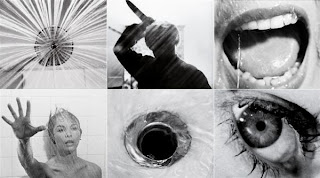 Alfred Hitchcock was the king of horror films, and he did it in a way that was graphic for its time, but would not be considered so now. And yet, who doesn’t remember the shower scene from Psycho? After seeing that, it was years before I’d take a shower while alone in the house. And there are parts of the film that make me jump, not from fear but from being startled, which is not the same thing. Hitchcock could elicit horror from supposedly everyday normal things. Remember North by Northwest? Cary Grant standing on the highway in the literal middle of nowhere, waiting for a bus, when a crop plane innocently appears and quickly changes into a menacing presence that causes him to flee for his life! 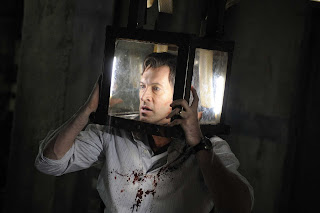 Nowadays, the sky is the limit on what you might find in a horror film. I’ve seen all seven Saw films, and I would hate to find myself caught up in any of John Kramer’s horrific scenarios, but hopefully I’ve never done anything bad enough to qualify as one of his victims. Prepare to see the grossest of the gross, ditto with the Hostel series, of which I’ve seen all three. For something slightly different, there’s the Human Centipede. I haven’t seen the second one yet, but I hear it’s better than the first. In the first film, a doctor performs a strange experiment on three unwilling subjects, surgically connecting them to form his “human centipede”, mouth to ass, and connecting their digestive systems as well. What a macabre experiment, but the film was not badly made at all, surprisingly, subject matter aside.

The latest trend in horror films seems to be zombies. They’re popping up everywhere, and even beginning to show up in young romance films, like Warm Bodies. Whodathunkit?

When it comes to horror stories, the undisputed master is Stephen King, who’s been entertaining us with his gruesomely delicious tales for years. I have a number of his hardbacks on my shelves, although I’ve fallen behind in recent years, not having the time to read, or money to purchase.  One of my favorites is It, which has a very creepy feel to it. Someone who can make you feel horror from the printed word is a master indeed. 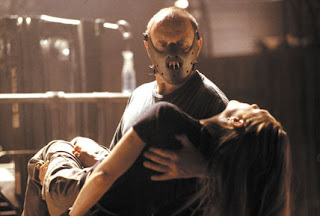 What about the horror villain? Or should I say the hero? For often times in a horror story, the villain is actually the hero. Well, the main protagonist, anyway. And often times, the most interesting character. Can you blame Clarice Starling for being fascinated by Dr. Lecter? And Dexter Morgan—who doesn’t love Dexter? Sweeney Todd, too. Gretchen Lowell. If you haven’t guessed, I have a thing for serial killers. Michael Myers. Leatherface. Jason Voorhees. Fascinating character studies, even if their manners leave a little to be desired.

While I’ve primarily written books and stories in the m/m romance field, I don’t consider myself limited to that genre by any means. And so I decided to branch out when I learned that one of my publishers, MuseitUp, was going to run a locked door series of horror stories. I thought I’d try my hand, although I wasn’t sure how good I’d be at it, or if I could even do it. I surprised myself by not only finishing a story and subbing it, but having it accepted. Do Not Go Gentle Into That Good Night releases April 5th, and is my first foray into horror, but hopefully not my last. While it is not necessarily horror in the splatterpunk, gory tradition of some modern writers and filmmakers, I think you might say that it is more psychological.

It follows the not uncommon trope of strangers drawn together by the hands of Fate. In this case, travelers who have taken refuge at an inn because of inclement weather. And what happens to them there as their stories converge.
I believe that it would be really hard to write for a genre that you do not enjoy, although some people might argue with that. Sure, you can get things technically correct, but there is a certain feel that I believe only someone who reads it can impart. I’ll let the readers be the judge of whether I have succeeded or not, for I am a true horror fan.  In fact, I love serial killers so much that I’m developing one of my own, and look forward to presenting him in time.

Thanks for having me today, Tali! It’s been a pleasure!

Do Not Go Gentle Into That Good Night 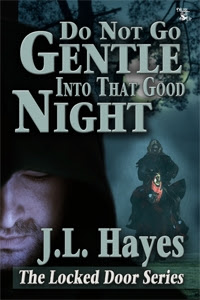 Blurb:  On a dark and rainy night, a group of travelers takes refuge at the Black Raven inn, seeking shelter from the storm: Two knights who are brothers, and who believe in diametrically opposed doctrines. A brother who questions the path his sister has chosen to take. A mysterious doctor whose presence gives the innkeeper’s daughter chills. A handsome dwarf, half owner of a traveling troupe of actors.

Will they find more than they bargained for?

What is the mystery of the locked door?

Excerpt: Lightning sliced across the night sky like a jagged scar. It briefly illuminated the countryside, throwing twisted-limbed trees into momentary sharp relief. The thick ripe foliage of summer was long gone, and the land was left naked in the barrenness of winter. Several heartbeats later followed the thunder, a dull drumming in the background of the heavens that steadily increased in volume with each repetition.

The horse was skittish and pulled against the reins at the sound, but its rider pressed a reassuring hand against its heaving flank and it grew still once more; the clop of its hoofs echoed eerily in the momentary peace between the waves of sound. A second steed stood beside the first; it, too, pawed the ground in disquiet, its ears flattened against its head, expressive of its disapproval.

“The storm approaches,” the second rider observed. His flat voice revealed nothing. “Perhaps we should seek shelter for the night?”

“Perhaps,” the first rider agreed. “But it changes nothing. Simply delays that which is inevitable, Jintaro.”

A wry smile curled the younger man’s lip. “Nothing is written, Kaorin, until it is written. Much can yet happen. It is not for us to know until it does.”

“You are right, nothing is written in stone. You can still change what will be. Tell them what they wish to know. Give them the names of the others with whom you conspire, and you will feel their mercy.”

“Do you think so little of me that I would betray my comrades as well as my ideals?”

“You were always the foolish dreamer, wasting your time with ridiculous schemes. And what have those dreams gotten you? You have betrayed the queen, and for that you shall die.”

“At least I dared to dream, elder brother. At least I have had hopes. What have you? A life given to a faded ideal whose time is long gone. That is no life at all.”
Kaorin stiffened and turned away as another flash of lightning illuminated the landscape, the accompanying thunder growing louder. “I too have had my dreams,” he murmured, but the wind held his words as it swirled between them, and the horses stamped nervously, anxious to move on, away from the elements that threatened to engulf them at any moment.

What was that? Kaorin turned his head and in the light of the next flash, he saw what appeared to be a woman’s pale face, framed by long blonde locks, floating in the air before him. He blinked and the illusion was instantly dispelled.  He wasn’t entirely convinced it hadn’t been there, though.

“I know of a place we can stop for the night. Let us go.” He would not concede it was not his idea, nor give his brother the satisfaction of being right. He kicked his horse’s flank; the other horse followed automatically, having no choice, as they were tethered together.  Jintaro said nothing, but Kaorin was sure he heard a soft snort of laughter, which he chose to ignore.

Buy link for Do Not Go Gentle:
https://museituppublishing.com/bookstore2/index.php?page=shop.product_details&flypage=flypage.tpl&product_id=683&category_id=58&manufacturer_id=293&option=com_virtuemart&Itemid=1

Email ThisBlogThis!Share to TwitterShare to FacebookShare to Pinterest
Labels: Do Not Go Gentle Into That Good Night, horror, Julie Lynn Hayes